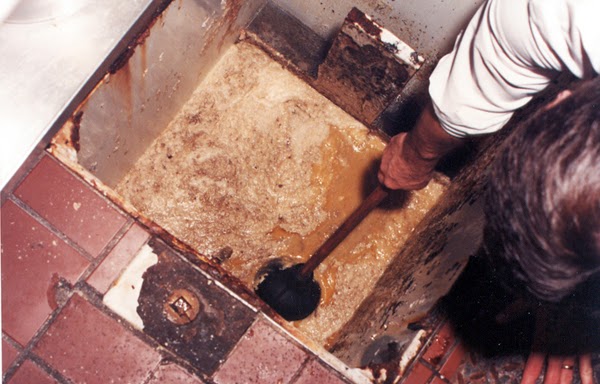 -       The grease trap stops functioning properly because it’s been damaged in some way.

-       The grease trap stops functioning properly because it’s become less efficient or been pushed beyond its performance limits.

Grease interceptors have different weaknesses and points of failure depending on what they’re made of. Those materials affect how durable a particular grease trap is, and often affect how it’s designed. Design choices, in turn, also affect the reliability and durability of a grease trap.

If concrete and fiberglass have problems, it seems as though it might make sense to use something stronger to construct the grease interceptor. Something like steel. But steel grease traps come with their own problems.

Corrosion. Steel grease traps are subject to rust and corrosion. What’s one of the most corrosive environments imaginable? A grease interceptor where water mixed with grease, detergent and solids flows through. Hydrosulfuric acid often builds up in this environment and can damage steel traps to the point of failure.

Cleaning difficulties. Just as with concrete traps, grease and solids tend to build up in the corners of steel grease traps, where they are difficult to remove during cleaning and further contribute to corrosion.

Incorrect maintenance. Internal baffles in steel grease traps are often removed during cleaning. If these aren’t replaced correctly (and often they’re not), the trap won’t function as efficiently.

Damage to parts. During pumping, the inlet and outlet baffles can be damaged. This also reduces the efficiency of the grease trap over the long run. Less efficiency means more frequent visits from the pump truck.

Inefficiency. Smaller steel traps tend to be very inefficient. That greatly increases the odds that fats, oils and grease will flow into the sewer system, where they cause backups and blockages. That could lead to sewage backups into your facility and/or fines from the local sewer authority.