The store will not work correctly in the case when cookies are disabled.
ASHEBORO, N.C. — Water runs from our taps, and we store it in bottles, coolers and refrigerators.
Clean, cool and crisp. We take it for granted.
Much of the world isn’t so fortunate.
While the world population has tripled in the 20th century, the use of renewable water resources has grown six-fold according to water.org, which works to promote clean water sources throughout the world.
Thermaco a leader in the highly specialized field of oil and grease extraction from wastewater, considers this to be an important part of its mission.
“Thermaco strives to make relevant products for water pretreatment that enable food service providers to be better stewards of the sewer collection systems of which they are a part,” says Yaralitza A. Erives, Director of Customer Service and Sales at Thermaco.
In Mexico, for example, Thermaco’s Trapzilla® grease separators have been installed in several packaged wastewater treatment systems in Mexico City, according to a report from Environmental Engineering & Contracting of Santa Ana, Calif. (Link to full report available at end of article). 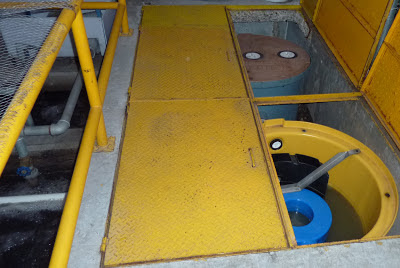 Thermaco hired EEC to evaluate the efficiency of the Trapzilla® units, and to observe the “relatively new progress in water conservation by private companies.”
Wal-Mart de Mexico and Central America owns the treatment systems, which have been placed at several of the retail stores in Mexico City. Wal-Mart owns 1,932 retail units in Mexico and is planning to install the wastewater units in the majority of the retail stores.
“Based on EEC’s observations,” the report says, “the Trapzilla® units appeared to be able to remove constituents, including settle-able solids, oil and grease to a satisfactory level and conditioning the wastewater for the downstream biological treatment processes.” 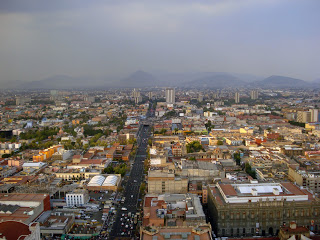 In the first half of 2011, Wal-Mart saved more than 140 million gallons of water, and treated 25 percent of its water consumption for reuse within its stores in Mexico and Central America, the company’s website says.
Fresh water consumption in the Mexico City metropolitan area, with a population of more than 20 million, is about 1,650 million gallons per day.
Trapzilla has a strong presence in South and Central America, including Colombia, Mexico, Panama, Tortola, Puerto Rico, Quito, San Pedro Sula, and Tegucigalpa in Honduras.
As part of the water treatment process, Trapzilla solids separators remove particulates from the wastewater while the grease interceptors trap any fats, oils, and grease that might prevent the onsite wastewater treatment system from performing optimally. Trapzilla’s patented design separates and retains up to 85 percent of its internal volume in grease and solids, enabling it to separate and retain efficiently while taking up as little space as possible.
In EEC’s opinion, installation and operation of local and privately owned wastewater treatment systems is a practical approach in underdeveloped countries that have limited or no sewer collections systems or inadequately sized public wastewater treatment plants. The packaged systems not only treat the locally generated wastewater but also provide a reliable source of water that reduces the potable water demand. The treated wastewater is typically recycled for non-potable purposes — toilet flushing and lawn irrigation.
Keep in mind, recycled water regulations in Mexico are significantly basic compared to stringent and comprehensive regulations in the U.S. and Europe. The quality of the recycled water is visually monitored on-site for color and is laboratory tested. 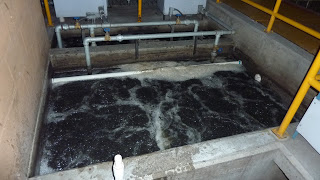 Installation of privately owned wastewater treatment systems in underdeveloped countries appear to be a sustainable approach for reducing potable water demand and creating new and more reliable sources of water supply.  “The wastewater treatment plants observed in Mexico have small footprints and require minimal supervision and maintenance,” Erives says.
Worldwide, some 884 million people lack access to clean water, according to water.org, and about 3.41 million people die of water, sanitation and hygiene-related causes each year. The water and sanitation crisis claims more lives through disease than any war claims through guns.
“Overcoming the crisis in water and sanitation is one of the greatest human development challenges of the early 21st century,” a recent U.N. report warns, according to the website engineeringchallenges.org.
Education and conservation are key to ensuring people around the world have access to — and maintain — sufficient amounts of potable water. Solutions are often specific to communities and geographic regions. Localized wastewater treatment helps solve the problem of water conservation, providing added supply while reducing the demand from aquifer sources.
In most cases, though, it starts with treating ground and surface water.
Mexico, for example, since 2009 has launched many water saving campaigns, the EEC report says. “However, the water savings in the urban areas may not have a significant impact on water conservation, as the urban water use is only 10 percent as opposed to 75 percent water use by industry, commercial and agricultural accounts.
Mexico City, with a population of more than 20 million people who use 1,650 million gallons of water per day, has just 23 wastewater treatment plants with a combined treatment capacity of 94 million gallons per day, the report says. This year, it’s expected that the treatment capacity will increase to 119 million of gallons per day.
Meanwhile, Thermaco and Trapzilla will be there, continuing to offer innovative solutions to an ever-growing, ever-changing problem.
“These on-site packaged Wastewater Treatment Systems help in increasing the City’s wastewater treatment capacity. The double benefit of providing wastewater treatment capacity and water reuse is viewed as the optimal choice for regions with limited potable water supplies and insufficient municipal wastewater treatment capacity.”
John Trump (Contributing Author for Thermaco, Inc.)
_________
Download the full EEC Evaluation of Packaged Wastewater Treatment Systems in Mexico City, Mexico at:
http://www.thermaco.com/catalog/documents/EEC_Mexico_City_Trapzilla_Evaluation.pdf
Thermaco, Inc. is regarded as the leading separation technology company in the highly specialized field of oil and grease extraction from wastewater. Its reputation for developing quality removal systems was established when the first line of Big Dipper® products became recognized for their exceptional reliability and effectiveness under a variety of applications and continues with new separation technologies such as Trapzilla. Thermaco’s history dates back 30 years, and during that time the company has installed more than 30,000 units worldwide. Thermaco is committed to helping food-service sites meet their neighborly obligations by complying with regulations set forth by the local water and sewer districts.
grease_interceptor grease_removal grease_separator thermaco water_treatment trapzilla pretreatment waste_water clean_water eec environmental_engineering_and_contracting water_reuse