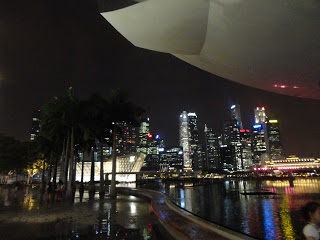 Singapore –- the East Asian city-state –- is known worldwide as a leader in urban cleanliness and environmental stewardship. Visitors to Singapore discover a bustling multicultural metropolis where towering skyscrapers soar above charming British colonial architectural, and where an abundance of tourist sites, glamorous shopping centers, and food courts buzz with activity seven days a week. As one of the world’s most densely populated metropolitan areas, both the government and citizens of Singapore are proud of the nation’s leadership in urban efficiency, quality of life, and environmentalism.
“We may be a densely populated city, but we’re dedicated to continue improving Singapore, so that our people live comfortably and pleasantly,” said Prime Minister Lee Hsien Loog, as Singapore recently welcomed 15,000 experts from around the world for Singapore International Water Week, a summit on cities, water, and the environment. 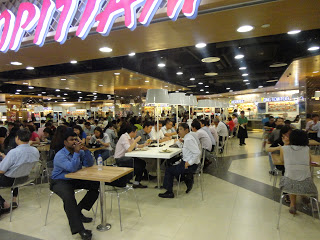 Among those attending, Singapore natives Allan Lim and Jack Ling are “green” entrepreneurs. In 2004, Lim and Ling, friends who share a passion for outdoor adventures and a concern about the impact of society’s growing carbon footprint, began discussing ways to educate and empower communities about the benefits of clean energy.
Guided by a vision of deriving clean energy from waste, Lim and Ling started Alpha Biofuels, inspired by a 2007 study indicating that as much as 20,000 tons of waste cooking oil was aisposed annually into Singapore’s municipal sewage system. Alpha Biofuels set out to provide a solution: to convert Singapore’s waste cooking oil into a clean burning biofuel. With support from government and private sources, Alpha Biofuels eventually developed the Alpha Biodiesel Micro Refinery, a compact and easy-to-operate refinery for converting a variety of waste oils into biodiesel. 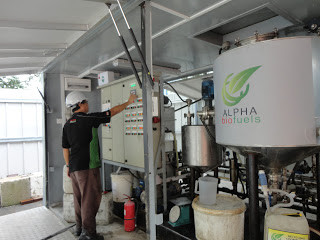 To fuel their reactors, Alpha Biofuels began providing containers for the collection of used fryer oil to restaurants and commercial food service establishments. They discovered that fryer oil was limited in supply and costly to acquire; however, collecting oil from grease interceptors servicing Singapore’s food courts and restaurants could enable them to accomplish their goal.
Thermaco’s Trapzilla Supercapacity Grease Interceptor has played a key role in Alpha Biofuel’s success.
“As a producer of biodiesel fuel in Singapore, we have been familiar with the Trapzilla TZ-600 grease trap since 2008,” says Allan Lim. “The Trapzilla TZ-600 grease trap has several features that are unique –- small footprint, odorless, ease of pumping, and no need for flushing the unit with water after pumping. However, the Trapzilla feature that is most important for Alpha Biofuels is its unique ability to retain oil and grease in a form that serves as a raw material for our company's biofuel production.” 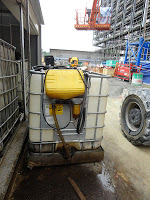 So far, neither Singapore's Public Utilities Bureau’s grease trap nor other traditionally designed grease traps in use there have been able to provide waste grease clean enough and low enough in water content to serve as a raw material for Alpha Biofuel’s production of biofuel. “Oil collected from Trapzilla is highly usable for recycling into biodiesel and related other products,” Lim points out. “This feature has allowed us to use oil collected from the Trapzilla for the production of biofuel in Singapore at several key sites.”

Oil collected from Trapzilla is converted to biofuel at the Alpha Biofuels Micro Refinery located at Marina Bay Financial Center, and this biofuel actually powers the construction cranes for the one billion dollar project. 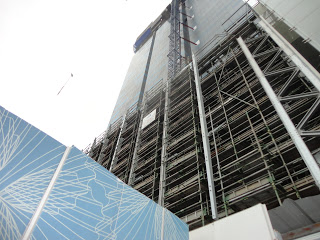 “Since a grease trap is a necessity in food outlets, not only in Singapore but around the world, the increased use of the Trapzilla TZ grease traps hold potential for food-service facilities to achieve energy sustainability without additional cost,” says Lim.
In the meantime, Alpha Biofuel's stated mission –– “to inspire communities about the potential for clean energy alternatives” – is also helping to fulfill the goal of Prime Minister Lee Hsien Loog to make Singapore “one of the jewels of the Tropics.”
Owen George
Owen George is a contributing author for Thermaco, Inc. and the founder of Owen George Global Strategies, Inc.
bio-diesel grease_recycling trapzilla biodiesel biofuel supercapacity alpha_biofuels micro_refinery micro-refinery singapore singapore_international_water_week