Fats, oils and grease (FOG) in wastewater are one of the biggest challenges facing wastewater systems around the world.

Grease, sometimes along with solids, can build up into a solid mass that can narrow or even block wastewater pipes. When that happens, sewers overflow, pipes break, and local authorities are forced to clean up the mess and make repairs.

In the United States alone, the Environmental Protection Agency estimates that as many as 47 percent of all wastewater system blockages are caused by the buildup of grease. 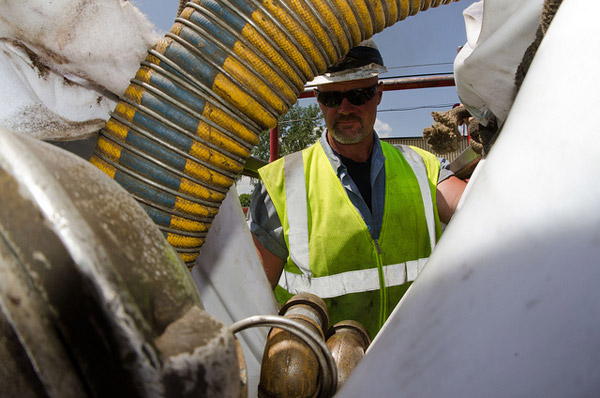 Nearly all wastewater authorities already require commercial kitchens to use grease interceptors to keep FOGs out of the system. But, clearly those regulations aren’t enough by themselves.

So what else can cities do to prevent grease problems? Here are six ideas form wastewater regulators in the United States and Europe.

New York, and many other cities, have launched education and outreach campaigns. At a minimum, such campaigns target restaurant owners and managers and other operators of commercial kitchens, to educate them on the importance of managing kitchen grease properly. New York has gone a step further, holding outreach sessions and workshops to educate residents that they shouldn’t pour grease down their drains.

Education and awareness campaigns are great for educating businesses on best management practices for controlling grease in commercial kitchens. But some cities – most notably San Francisco – have decided that education isn’t enough. The City by the Bay has made best management practices mandatory for commercial kitchens. That means, for example, that kitchen staff must scrape pots and pans to get rid of grease before washing them.

3. Implementing grease-recycling programs to ensure businesses have a place to dispose of used cooking oil.

Some cities and sewer districts are making it easier for commercial food service establishments to get rid of their used cooking oil, reducing the incentive to flush it down the drain. San Francisco provides will recycle used cooking oil for free and has invested in facilities to allow it to recycle the oil for other uses, including energy.

Rather than wait to respond to sewer overflows and clogged pipes, New York City has targeted more problematic areas for more frequent cleanings. Trucks equipped with vacuum hoses, high-pressure water hoses and degreasing agents are proactively dispatched to areas of the city that are more prone to blockages and overflows.

5. Focusing on high-risk areas for more inspections and enforcement.

In addition to more frequent sewer system maintenance, some communities are using more aggressive code enforcement. Authorities in Ireland, for example, have created a “risk map” to identify areas that are more prone to problems. It then sends inspectors there to ensure food service establishments have properly functioning and maintained grease interceptors.

Finally, some communities are using technology to alert them to problems before they become emergencies. New York City, for example, uses cameras lowered into sewers to look for clogs in the system. The cameras send alerts if they detect rising wastewater levels, which could indicate a blockage somewhere in the system.