Since the pandemic began, Four Saints Brewing Company has been one of the most visible small businesses in our home base of Asheboro, NC. It has hosted virtual concerts, partnered with a food truck, and stepped up its social media presence to soften the blows it’s taken from state-mandated restrictions and shutdowns.

Along the way, owner and CEO Joel McClosky has discovered his taproom’s unofficial status as the town’s “third place” has been both a blessing and a curse in the COVID era. 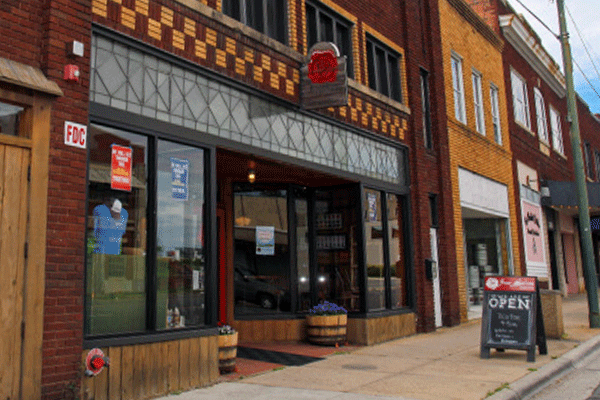 McClosky’s approach through it all has been simple. Bend, but don’t break. And right now, in the cold winter months of early 2021, he and other small food and beverage businesses are facing their toughest tests to stay whole.

“It’s not just stories about zombies,” he says. “They’re at the back door.”

One reason Four Saints and McClosky will likely make it is that bend-but-don’t-break approach of his. Faye’s Diner is a perfect example.

Faye’s Diner, the taproom’s dedicated food truck, was borne out of necessity.

“We knew we needed food at the brewery,” says McClosky, who opened the taproom in May 2015. “We’d scheduled other food trucks, and we’d looked at putting in a full kitchen ourselves.”

What he wanted, however, was something in between.

“Something permanent but not egregiously expensive,” he says. “And if didn’t work out, something we could part with fairly easily.”

So, McClosky struck a deal with an existing food truck business at the end of 2019. The plan was to debut the Faye’s Diner truck in April, serving Four Saints taproom customers fancy pub fare and, in the process, keeping them in the taproom longer so they could order more beer. The pandemic pushed back the timeline. Faye’s Diner launched in August, but it worked.

Faye’s Diner sets up in front of the Four Saints taproom a minimum of five days a week. McClosky says the goal is to have it open whenever the taproom is. Pandemic restrictions have made that impossible for now.

Plus, foodservice has created a problem McClosky didn’t see coming.

Four Saints customers love the food, says McClosky. But once they park themselves in the taproom, they don’t necessarily order more beer.

“It’s been a catch-22 because of our limited capacity,” says McClosky. “If more people stay to eat, more people can’t come in on our busy days. And unlike beer, dinner is ordered just once.”

That doesn’t mean Faye’s Diner doesn’t work. Normally, capacity wouldn’t be an issue. But for now, McClosky says he’ll struggle to keep Faye’s Diner food service without sacrificing the cozy, third-place atmosphere that made the taproom successful in the first place. 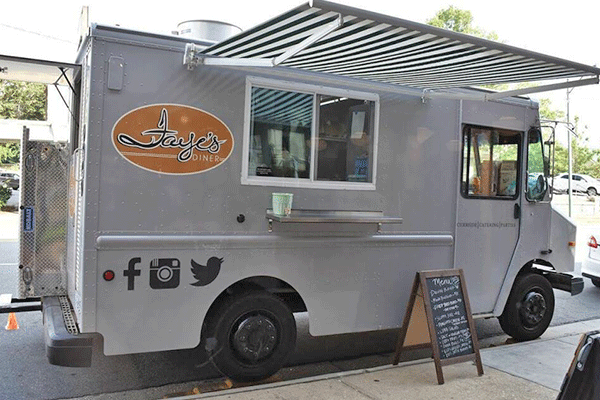 Meanwhile, his partners running the food truck face their own issues. They’re accustomed to a more frenetic schedule. A typical food truck runner sets up and serves customers in one location until no one is left to feed, packs up, and drives to another spot to do it all over again. Faye’s Diner stays put.

“It’s more like a bricks-and-mortar business in that way, where you may have three customers one hour and 50 the next,” he says. “There’s not a constant breakneck pace, which has been an issue when you’re trying to get a genuine handle on labor and food costs.”

McClosky says he has no doubt Faye’s Diner will “kill it” once the pandemic is over. But that’s the thing. It’s not, and the zombies are banging on the back door.

McClosky says he first sensed a change in his customers on Thanksgiving night. A few days before the holiday, North Carolina governor Roy Cooper stepped up his language about mask-wearing, mandating that masks be worn at all times when indoors in public places. Healthcare professionals, meanwhile, were pleading with the public to avoid large family gatherings for Thanksgiving.

Thanksgiving night tends to be big business for the taproom because of those gatherings specifically. People just want to get away for a few hours, says McClosky. 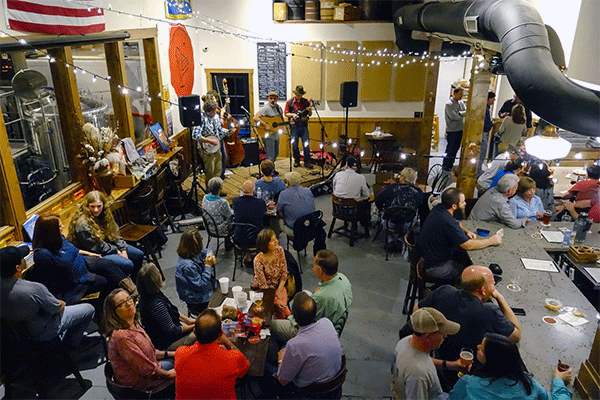 “Every other Thanksgiving Night we’ve been open, it’s been packed,” he says. “This year, it was an absolute ghost town.”

“There’s this hesitation out there,” he says.

And so, the nagging specter of another state-mandated shutdown of bars and restaurants looms large as both COVID-related death and infection rates rise across the country again.

“It’s out of our control, but we have to be ready to respond to that,” he says.

How? By making the smartest hard choices he can, says McClosky, urging fellow small business owners to do the same.

“That may mean a temporary or permanent shutdown,” he says. “It may mean ownership gets back to doing the day-to-day stuff. It may mean sacrificing some of those sacred cows, whatever they may be. Over the next few months especially, it’s about survival.”