Commercial rotisserie ovens, which are popping up in more grocery stores as well as some restaurants and institutional settings, bring with them unusual challenges when it comes to managing grease.

As chickens are roasted in the ovens, the grease literally cooks off the poultry and drops to the bottom of the oven, where it is collected and then needs to exit into a grease interceptor. Some commercial ovens can cook dozens of birds simultaneously, which means a lot of grease is generated during cooking.

Depending on where the rotisserie oven is placed, plumbing it into existing kitchen sewage lines may be easy — or it may be expensive and difficult. For that reason, a point-source grease interceptor — such as Thermaco’s Big Dipper — is a good solution to ensure that fat and grease from rotisserie ovens are properly processed.

But there’s another variable to consider. Demand for rotisserie chicken, especially in grocery stores, has a seasonal aspect to it. Demand may be higher in the fall and winter months, because of a desire for warm, home-style food for family gatherings during colder weather. 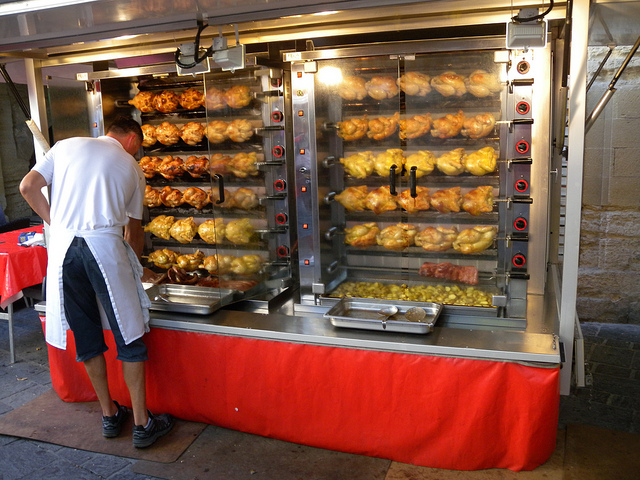 That variation means whatever grease interceptor is used to handle the rotisserie oven, it must be able to handle periods of relatively frequent use as well as periods of infrequent use.

Finally, unlike many other sources of kitchen effluent, the grease from a rotisserie oven is typically in a pure form and not mixed with water the way effluent from, say, a three-compartment sink is.

Grease interceptors of all types operate in part based on the principle that fats, oil and grease floats on water, enabling it to be easily separated in liquid form. So any grease interceptor for a rotisserie oven needs to have a supplemental water line plumbed to it to operate properly.

The 40000 Series Big Dipper is the latest in the Big Dipper line. Big Dippers have been equipped with mechanical control units since 2001, and although effective, have difficulty adapting to the seasonality and variability of grease production.

The 40000 Series has a digital control that has electronic pre-sets to ensure the unit operates on an optimum schedule — enough to keep it running effectively and efficiently while avoiding unnecessary wear and tear. 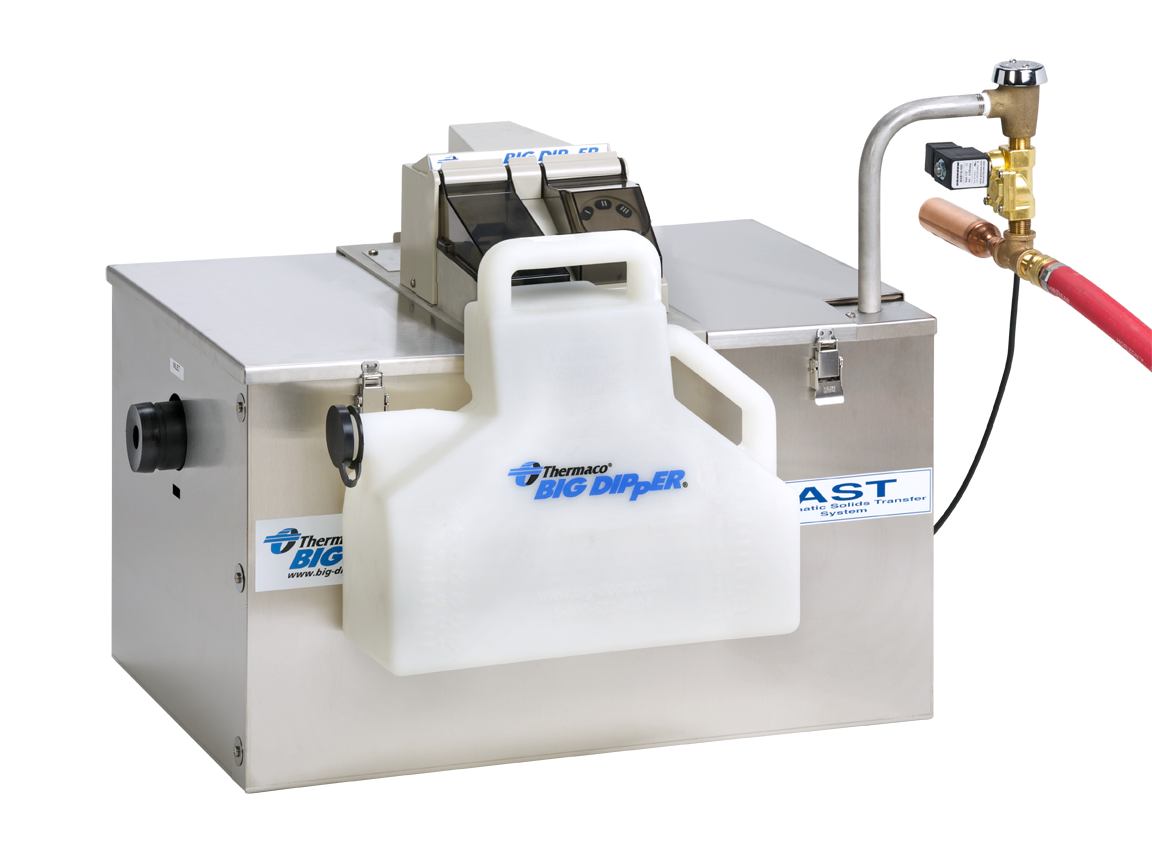 In a commercial kitchen, attached to a rotisserie oven, this is the kind of temperature increase you would expect when the oven is cooking poultry and starts sending waste grease to the interceptor.

These features make it simpler and easier for any commercial facility operating a rotisserie oven to avoid clogs and backups in its plumbing and stay in compliance with water treatment regulations.