Imagine taking a paintbrush to the broadside of an old barn: Your goal is probably to cover the expanse uniformly with one color. But the result would likely be a lot different if you didn’t consider the number of boards you might have to replace, holes that need patching or nails that need to be driven back into the wood. 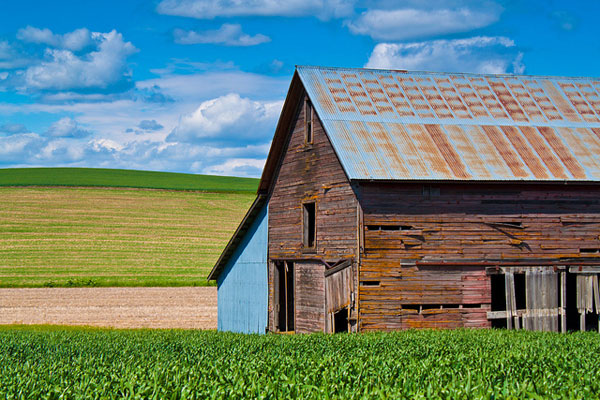 If you started blindly painting away without paying attention to each issue, you’d waste time, money and valuable resources.

This same principle can be applied to standardized regulations in today’s economy. In an effort to comply with such uniform regulations, businesses waste valuable resources.

A standardized approach can be more expensive, less effective, and less flexible than other approaches.

The traditional method of implementing environmental standards in the United States, as well as many other countries, is through command-and-control policies.

Typically, the government sets certain pollution limits, then applies those standards generally across multiple industries, from food service establishments to power plants. To meet these standards, regulators have three different command and control mechanisms they can implement.

1. Ambient standard. The first, and least common, is an ambient standard, which sets the amount of a pollutant that can be present within a specific environment.

2. Emission standard. The second is an emission standard, which limits the amount of emissions released by an entity or area. We discussed this method in a post about performance-based regulations.

In theory, this standardized method should offer a clear, pollution-free outcome. The reality of the situation, though, is that broad, uniform solutions don’t work across the board.

Here are the three biggest issues pertaining to standardized regulations:

Cost. It’s costly for regulators to gather necessary information, and they frequently rely on business owners/operators to collect the data themselves. This opens the door for dishonesty.

Lack of incentives to pursue better solutions. Business operators have few choices about how to meet standards; this is especially true for the technology-based standards. For example, if a restaurant with low grease production is required to have a larger interceptor than needed due to the number of drains present in the kitchen, the food service establishment will waste money on the initial purchase and costly upkeep.

When businesses are required to use specific technologies, there’s no incentive to research new and more effective ways to reduce pollutants.

Barriers to investment. Like the barn analogy discussed earlier, regulations are blindly applied across broad categories of industries. It’s unlikely that the regulations are the most cost-effective way to control emissions.

Consider this scenario: some businesses are actually “grandfathered in,” which means they don’t have to meet new environmental regulations. In an area that prescribes to ambient standards, this means that newer businesses are stuck picking up the slack — and the bill — to keep the area’s pollutants below the prescribed level.

This actually can create a bias against building new establishments, as some business owners would rather operate an older facility with less stringent standards than invest in new pollution control technology. A higher rate of pollution is the result.

Not the only option

As regulators take note of the drawbacks of the traditional standardized regulations, market-based approaches are becoming a popular topic of conversation.

Market-based approaches are incentive-based. Instead of broad standards, these regulations offer rewards for reducing emissions or institute monetary punishments for pollution.

Because businesses aren’t required to meet a given emissions standard, operators are allowed greater flexibility to experiment with cost-effective pollution solutions.

As controversy around standardized regulations grows, environmental economists are becoming increasingly vocal about these market-based approaches.

← PREVIOUS
Prescriptive vs. performance-based regulations — which are better?
NEXT →
You might be surprised at all the ways grease interceptors protect the environment
Related Posts
Categories
Recent posts
Tags
grease pretreatment interceptor trapzilla fog