One size fits all might be an appropriate term for a rain poncho. Or a baseball hat fitted with an elastic band. Perhaps even a baggy pair of sweatpants with a drawstring. But, the term has no place in the world of grease pretreatment.

For a pretreatment plan to be effective, the effluent rate of a commercial kitchen, along with its size and type of food served, must be considered.

Even with its common problems, the century-old technology that is the traditional concrete interceptor is still the go-to choice for many food service establishments.

The outdoor, underground traditional concrete interceptor is a viable option for some facilities — if they have the space. But it’s just not practical for many others. Many establishments, such as strip mall restaurants or restaurants located inside office buildings or in tightly packed urban areas, don’t have the available outdoor space. 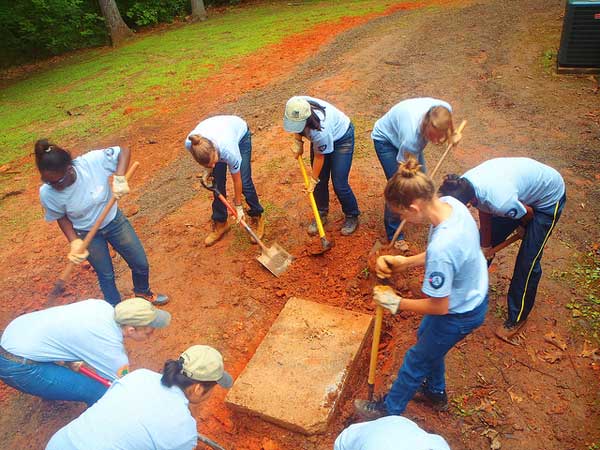 The quest for a smaller footprint

Traditional concrete interceptors aren’t small. Ranging in size from 500 or so gallons to several thousand, they take up a good deal of real estate — real estate that must be accessible for pumping and maintenance. Some facilities don’t have the extra space for a properly sized concrete interceptor and might be tempted to cut corners by installing a substantially smaller unit. This is just asking for trouble.

First, there are overflows to consider. Though there are a few different designs, all interceptors rely on gravity. Wastewater from a commercial kitchen flows down through a tank, where food particles sink to the bottom and oil rises to the top. The grease-free water in the middle then exits the tank and enters the public sewage lines.

A commercial kitchen with a tank that’s too small for the expected effluent runs the very real risk of overfilling the tank, thereby polluting the surrounding area and racking up major fines. There’s also the possibility of a backup due to fats, oil and grease (FOGs) entering the municipality sewer lines, leading to blockages.

The consequences of an improperly sized grease trap are very real. As such, pretreatment coordinators and plumbing inspectors should shy away from giving commercial kitchens a pass simply because they don’t have the space to install an appropriately sized concrete grease interceptors.

The solution for facilities that need a grease trap with a smaller footprint: Adapt and overcome.

Regulators shouldn't set the bar low merely because a concrete interceptor is not practical. There are many alternatives to concrete traps, some of which even out-perform the traditional technology.

Point-source removal systems, like Thermaco’s Big Dipper®, are compact and fit easily under the effluent source. Typically, that effluent source is a kitchen sink. Though small, point-source removal systems are extremely effective at removing FOGs. The Big Dipper, for example, removes up to 98.7 percent of all FOGs before the effluent enters the sewage lines. And Big Dipper units are easily serviced by kitchen staff, making them an easy choice for restaurant managers worried about pumping costs associated with traditional grease traps.

For food service establishments with high effluent rates, central removal systems also offer effective solutions with a small footprint. Thermaco offers a line of Big Dipper® systems that, like their point-source counterparts, offer superior FOG removal but can be located away from the effluent source.

When you hear the phrase “super capacity,” you might think of a giant holding tank with a volume of thousands of gallons. The opposite is actually true. New technology, innovative materials and better design has led to a smaller, more effective interceptor that can be installed above or below ground, indoors or out. Thermaco’s Trapzilla is a good example of this new type of interceptor. With the ability to trap upwards of 90 percent of its total volume, the interceptor can retain the necessary grease while taking up less space than their larger, traditional concrete precursors.

With space-effective options available, there’s no need to try to make do with a subpar concrete interceptor that’s two sizes too large for a busy restaurant or institutional commercial kitchen. Instead, facilities should be held to a higher standard where for effluent pretreatment and pointed toward newer, more efficient technology.