In 1969, the Cuyahoga River in Ohio caught fire.

The blaze caught the attention of the national media, and Time magazine described the Cuyahoga as a river that “oozes,” rather than flows. There were no fish or other animals in the water, and the concentration of oil and other toxins was so thick that they could actually burn.

A 1968 Kent State symposium about the river’s pollutions described one section of the river:

“The surface is covered with the brown oily film observed upstream as far as the Southerly Plant effluent. In addition, large quantities of black heavy oil floating in slicks, sometimes several inches thick, are observed frequently.”

The river had become, in effect, a giant grease trap.

And the ’69 fire was not event the first time the river had caught fire, and it by Cuyahoga standards, it was relatively mild. Dating back to the 1860s, the river had caught on fire at least 13 times. In 1952, the largest such fire caused more than $1 million of damage to boats, docks and a riverfront building. 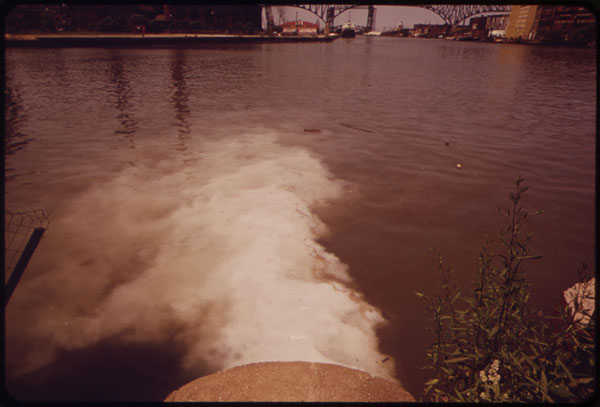 Today, fish have returned to the Cuyahoga and it no longer catches on fire. But it is still in recovery, and there are times when the river still isn’t safe to swim in. The Cuyahoga story, though extreme, in many ways mirrors the history of clean water in America. The 1969 fire was a key turning point in the effort to keep our waterways clean through national regulations.

Those regulations are also key drivers in how we regulate food service establishments and other facilities that discharge effluent into our sewer systems. By understanding a bit of the history of water regulation, we can perhaps better see where we’re going.

The struggle to keep waterways clean

The Rivers and Harbors Appropriation Act of 1899 made it a misdemeanor to discharge waste matter of any kind into navigable waters and tributaries without a permit. The permit component was key: It set the precedent for discharge permits.

Interestingly, this law was passed not to protect water quality, but to keep navigable waters free of waste that would impede transportation.

In 1924, Congress enacted the Oil Pollution Act. The act prohibited the intentional release of fuel into navigable coastal waters. Though the initial legislation was well intended, it was seriously weakened by the time it was passed. The version that passed didn’t regulate discharges in inland navigable water, didn’t hold ships accountable for accidental fuel spills and didn’t monitor inland polluters.

The U.S. Army Corps of Engineers was responsible for monitoring the waters protected by the Oil Pollution Act but, due to a restricted authority and manpower, they weren’t able to effectively enforce it.

The true precursor to the Clean Water Act came after World War II. Years of industrial pollution spill into the nation’s rivers created situations like the Cuyahoga. In 1945, more than 3,500 communities emptied 2.5 billion tons of raw sewage into streams, rivers, lakes and coastal waterways each day. Something had to be done.

Though lawmakers at the federal level recognized the issue, many considered legislation that regulated the discharge of pollution into lakes and waterways a state responsibility. But after several years, Uncle Sam took action.

Congress enacted the Federal Water Pollution Control act to "enhance the quality and value of our water resources and to establish a national policy for the prevention, control and abatement of water pollution." It provided the basic framework for federal regulation of water quality.

Like the earlier Oil Pollution Act, the 1948 legislation that passed was much weaker than what had been first proposed. Where the original legislation would have regulated intrastate and interstate bodies of water, the enacted law regulated only bodies of water that passed through more than one state. The law encouraged neighboring states to work together to develop solutions.

Because the federal government couldn’t directly intervene in most pollution, the Federal Water Pollution Act was largely unsuccessful in combatting water pollution. It did not specifically set regulations, limit new sources of pollution or ban polluting activities. In essence, Congress acknowledged the problem and then passed it to the states to solve.

However, the Federal Water Pollution Act of 1948 did succeed in gaining popular and political support for pollution control efforts. Conservation and clean water was becoming cool.

The law was amended in 1956 to strengthen the power of the federal government if public health was at risk due to polluted interstate bodies of water. At the request of a state pollution agency, the feds could step in. No longer did the government have to receive the consent of all states involved.

In 1965, the federal government expanded its role again with the Water Quality Act. It set forth important concepts that paved the way for the 1972 Clean Water Act. States were required to establish and enforce treatment requirements for industrial and municipal discharges. If states failed to do so, standards would be set for the state at the federal level.

As states slowly began to implement their plans, it became clear that a huge investment in sewage-treatment technology was needed countrywide.

Although a step closer to sustainable regulations, the EPA has labeled it ineffective because it attempted to gather data that linked pollution to specific polluters. The legislation was, however, the first to take the health of water-based ecosystems into consideration. Previously, regulations focused only on human health and drinking water.

With the news of the Cuyahoga River fire fresh in the minds of the public, law makers and environmental activists, Congress in the early 1970s set the ambitious goal to eliminate pollution in all of the navigable waters in the U.S. by 1985. As such, Congress amended the Federal Water Pollution Control Act of 1948 and passed the Clean Water Act in 1972, which defined its purpose as, “the restoration and maintenance of the chemical, physical and biological integrity of the nation’s waters.”

Considering that, at the time it was passed, two-thirds of the country’s lakes, rivers and coastal waters were unsafe for fishing and swimming, and that untreated sewage was being dumped directly into the open water, it was a lofty goal.

To work toward pollution-free status, federal jurisdiction was granted over all waters, intrastate and interstate. The law also addressed the problems with the earlier Water Quality Act of 1965 by establishing a federal role in determining effluent limitations, developing a federal discharge permit system and increasing funding for sewage treatment plants.

It became illegal to discharge waste from a point source, like a pipe or ditch, into a water source without a permit, and required that the effluent that ends up in rivers, lakes, streams, and oceans be treated to remove toxins and bacteria.

Because the EPA could now fine local governments for sewage overflows, the Clean Water Act was the first of the water-centric regulations to really carry weight in the food service industry. Grease-laden effluent coming from food service establishments could very easily create overflows in municipal sewer systems and lead to hefty fines. 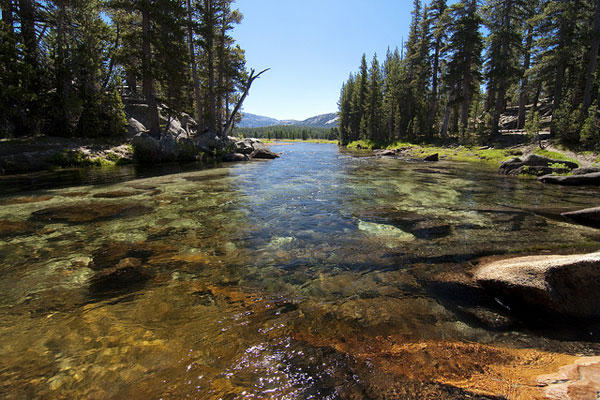 As evidenced in the history above, clean water standards have changed over time as our knowledge, and available technology, has advanced. And they are likely to continue to change.

This summer, toxic algae blooms in Lake Erie made the headlines after local water officials told more than half a million people in Toledo and the surrounding areas that their water wasn’t safe to drink.

The algae “bloomed” out of control because of agricultural runoff and pollutants from sewage-treatment plants that stimulated the growth of the organisms during warm summer weather. Toxins produced by some species of algae can cause damage to the liver and nervous systems. These algae blooms are well understood, because they happen in all sorts of waterways.

With people told their drinking water isn’t safe to drink, it seems likely the Clean Water Act will continue to evolve and require even more stringent standards.

Everyone who manages water treatment systems, and businesses that discharge effluent, needs to ask themselves if they’re responding to today’s regulations, or the tougher ones we’ll all likely face in the future.